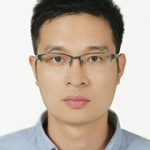 Dr. Do is an assistant professor in the department of Robotics and Mechatronics, Nazarbayev University. His research interests include the ﬁeld of advanced control system design for electric machine drives, distributed generation systems using renewable energy sources, uninterruptible power supplies, electromagnetic actuator systems, and targeted drug delivery systems. He received the B.Sc and M.Sc degrees in electrical engineering from Hanoi University of Science and Technology, Hanoi, Vietnam, in 2007 and 2009, respectively, and the Ph.D. degree from the Division of Electronics and Electrical Engineering, Dongguk University, Seoul, Korea, in 2014. From 2008 to 2009, he worked at the Division of Electrical Engineering, Thuy Loi University, Hanoi, as a Lecturer. He was at the Division of Electronics and Electrical Engineering, Dongguk University, as a postdoctoral researcher in 2014. Before joining Nazarbayev University, he was also a senior researcher at the Pioneer Research Center for Controlling Dementia by Converging Technology, Gyeongsang National University, Jinju, South Korea since May 2014 to August 2015.

Dr. Do received the best paper award from Dongguk University in 2014. He has been a member of IEEE since 2012. He has been an associate editor of IEEE Access since April 2017. He is also the Lead Guess Editor of Mathematical Problems in Engineering for the special issue: “Advanced Control Methods for Systems with Fast-Varying Disturbances and Applications”.